North Carolina is an outlier among states in keeping so much information about government employees shrouded in secrecy. 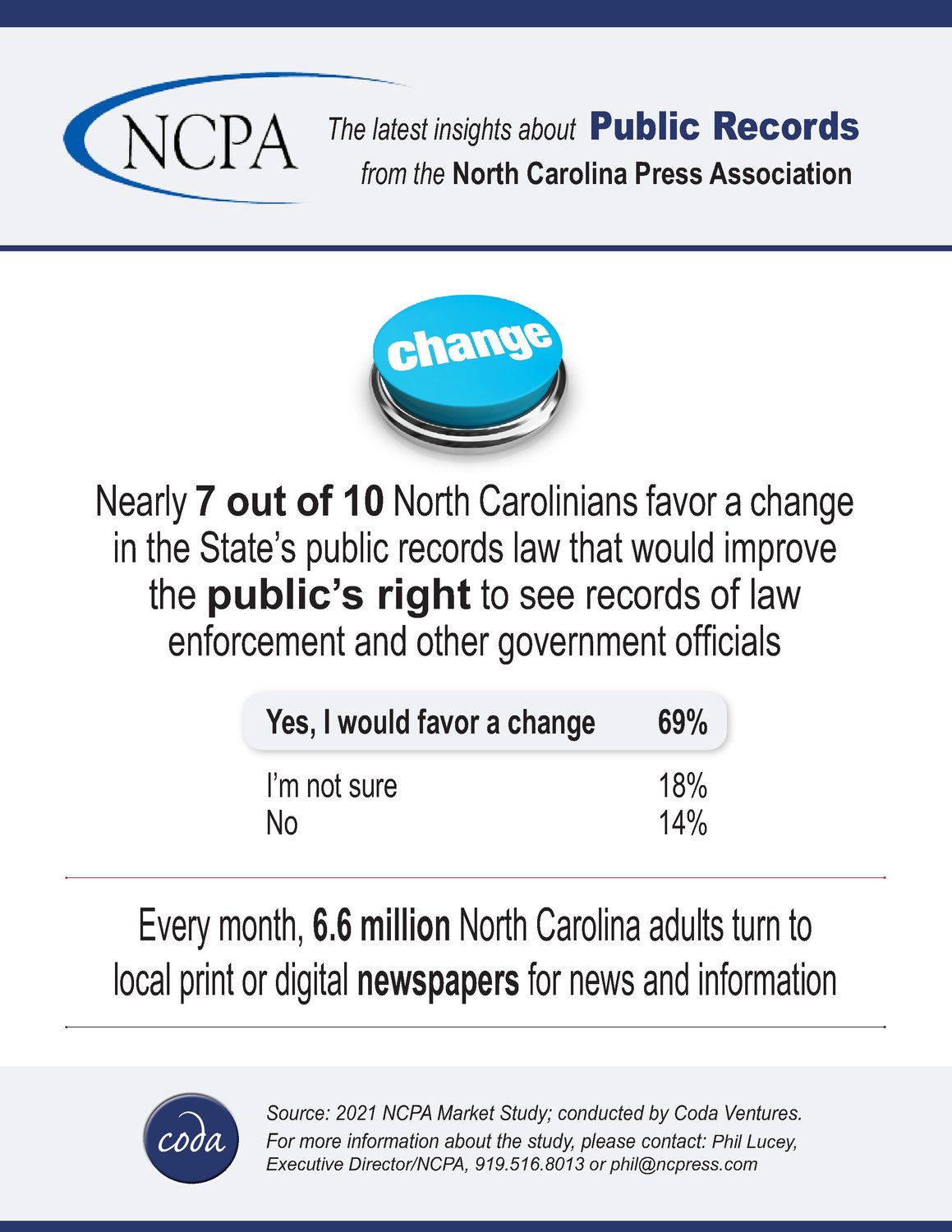 This secrecy is at odds with North Carolina's otherwise broad commitment to principles of government transparency that promote our informed democracy.  In other areas of public records law, North Carolina stands out as a beacon among other States with its policy that government records are "the property of the people", in keeping with our Constitutional principle that "All political power is vested in and derived from the people; all government of right originates from the people, is founded upon their will only, and is instituted solely for the good of the whole."  N.C. Const. Art I sec. 2.

The Government Transparency Act does not make entire personnel files open to the public. Personnel evaluations, supervisory letters, leave documents, and many other types of documents would still be shielded.

The Government Transparency Act does ensure that the public can see when a government employee has been promoted, demoted, disciplined or terminated and a brief reason for the change.

The Government Transparency Act ensures that supervisors cannot covertly promote and demote staff without any public accountability.  It helps with tracking "bad apple" employees that shuffle between agencies. It can assist with tracking gender-based, racial, and forms of inequity.

Government employees in North Carolina work for the taxpaying public.  The people have a right to know if a police officer has been disciplined for excessive force, if a teacher has been demoted for inappropriate contact with a minor student, or if a family member has been given a big promotion due to nepotism.

We always have to strike a balance between open democratic government and protecting the people of our state, including our State employees.  This Act strikes that balance by making the basis of employment changes public without opening up entire personnel files.

Because most other States make this information public, it is unlikely that the change will lead to any difficulty in attracting or retaining public workers.  In fact, by ensuring that promotions and demotions are made in the sunlight it should make our state workplaces more fair and honest.